Crime of the Week

If you have any information about these crimes or any person(s) involved, you are urged to call Crime Stoppers at or submit a Web Tip .  You do not have to give your name.  CRIME STOPPERS will pay a $1,000 Cash Reward on a Crime of the Week case if your tip leads to an arrest or a case being solved.  You always  remain anonymous.

Any other crime reported (not specified as Crime of the  Week) goes by a Reward Points System and the reward can range anywhere  from  $100-$1,000 if the tip leads to an arrest or a case being solved.

At 6:45 a.m., the subject entered the store at 4400 Briarwood and fatally attacked his estranged wife, Patricia Ruedas, with a knife.

If you have any information that leads to his arrest, you will be eligible for a $2,500 cash reward. 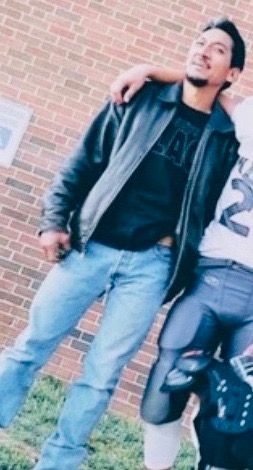 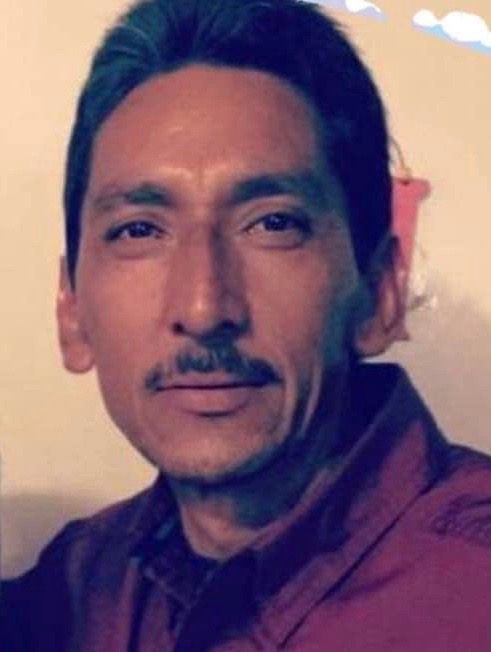 Midland Crime Stoppers and the Midland Police Department need your help identifying the suspect involved in a shooting that occurred Saturday, February 22, 2020, at Sante Fe Apartments located at 5010 W Loop 250.

Around 9:45 a.m., the police were called in reference to a gunshot victim.  During the investigation, it was found that the victim and a friend were exiting his vehicle when an unknown male approached them and began shooting.   The victim was hit, and the suspect fled the scene in a dark-colored, possibly blue, Chev Malibu with tinted windows.

The suspect is described as a black male about 6-foot and skinny build.  He was last seen wearing a black shirt, dark hoodie, and jeans and a blue bandana covering his face.

We need your help identifying the suspect and the vehicle.   If you have any information on these suspects and your tip leads to an arrest or case solved, it is worth a 1,000 cash reward.   Caller ID is never used and you always remain anonymous.

The Midland County Sheriff’s office and Midland Crime Stoppers are asking for the public’s help in solving a theft.

On January 10, 2020 at approximately 5:00 pm, deputies responded to the 12000 block of Farm Market Road 307 in reference to a theft. The complainant reported her white 2019 Polaris Ranger XP 1000 UTV stolen from her property. The complainant stated the UTV was parked in her driveway and last seen that morning prior to leaving for work. The UTV is further described as a white and black trim 6-seater with a dump bed, valued at approximately $29,000.

We encourage anyone with information to contact the Midland County Sheriff’s Office. To be eligible for a $1,000 cash reward please contact Midland Crime Stoppers at 432-694-TIPS. You will remain anonymous because no caller ID is ever used. You may also leave a secured tip online at midlandcrimestoppers.com. 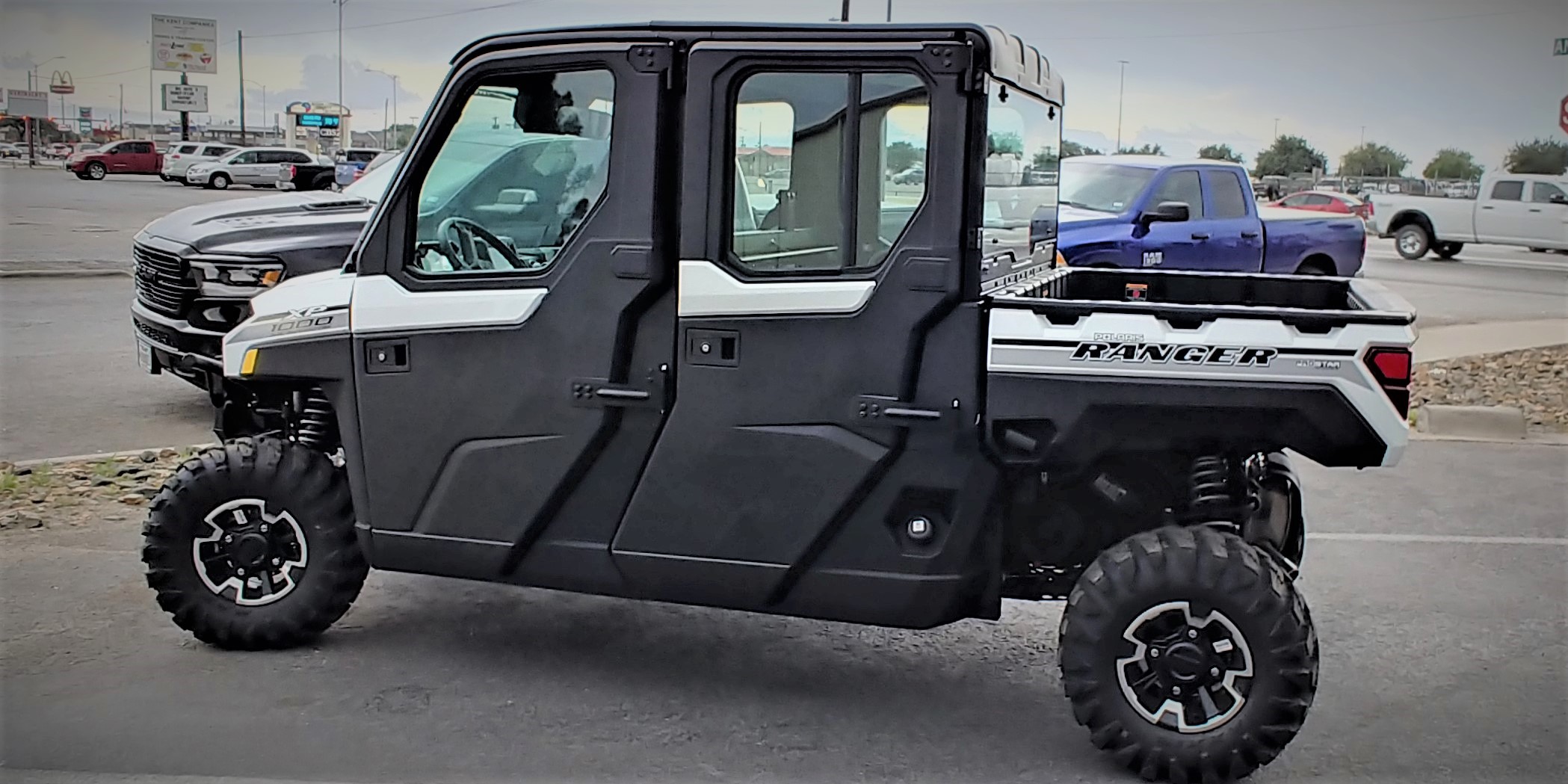 Midland Crime Stoppers and the Midland Police Department need your help in identifying and locating a suspect involved in several burglaries of coin-operated machines.

On January 16th through January 26th, several car wash businesses were burglarized throughout Midland. The unknown suspect was using a prying tool to open the vacuum cleaner coin boxes and the dollar bill exchange machines. The amount taken was over $2,000 dollars.

On January 26th around 2:00 a.m., a witness who saw an individual attempting to break into a vacuum cleaner coin box at 4705 Briarwood. They describe the suspect as being a male and wearing a dark hoodie with a white beanie. No other description was given. He was last seen peddling away on a bike.

Help us catch this carwash burglar. If you have any information on the suspect and it leads to an arrest, it will be worth a cash reward up to $1,000. 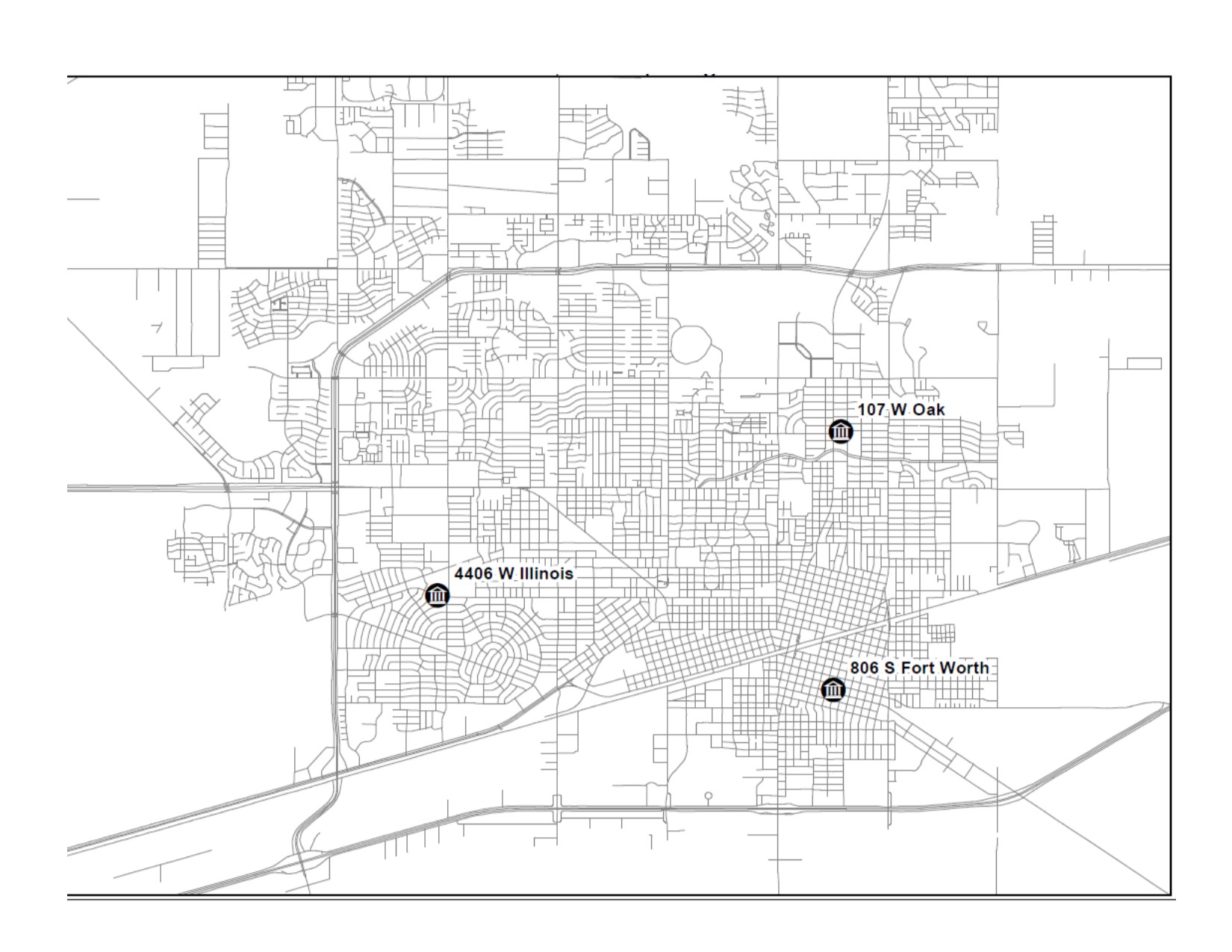 Midland Crime Stoppers and the Midland Police Department need your help in identifying and locating a vehicle or suspect in an aggravated assault with a deadly weapon that occurred Wednesday evening of January 15, 2020. The location of the drive-by shooting occurred at the 4000 block of Bankhead Highway in Midland.

Around 10:21 PM, the victim was traveling westbound on Bankhead Highway when he heard a “pop” coming from outside his vehicle. Thinking he might have a flat tire, the victim pulled over and exited his vehicle.  Within seconds, a truck passed the victim, who was standing outside, and several shots were fired from the truck, striking the victim and the vehicle. The truck fled the scene.

The truck was described as a dark in color, possibly brown, dually- unknown make or model. Security video attained shows moments before the incident. The video is hazy, but you can see a dark in color truck behind the victim as they are traveling westbound on Bankhead.

If you have any information and it leads to an arrest, it will be worth $1,000 dollars cash reward.  No caller ID is ever used, and you will remain anonymous.

On December 1, 2019, at approximately 12:50 am, deputies responded to the 2800 block of South County Road 1194 on a medical call.  Deputies located a male on scene with gunshot wounds and he was transported to the hospital.  Patrol and CID conducted their investigation and determined the victim was shot at his residence. The suspect was later identified as Aaron Enriquez Solano.  An arrest warrant for Attempted Murder was obtained for Aaron Enriquez Solano who remains at large.

If you have any information on the subject, we ask you to call Midland Crime Stoppers at 694-TIPS. You may also leave a secured tip online at midlandcrimestopers.com. You will remain anonymous because no caller ID is ever used. 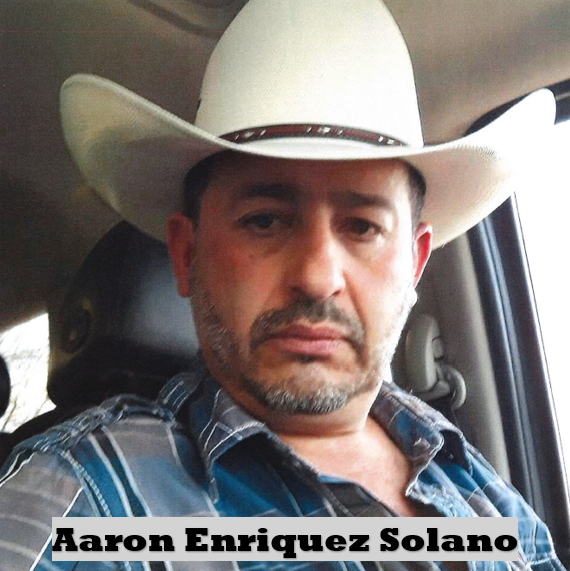 We need your help identifying an Aggravated Assault suspect.

On 11-18-2019, at about 7:41PM, the suspect tried to steal a trailer hitch from the victim’s truck at HEB located at 5407 Andrews Highway. The victim came out of HEB and observed the suspect at his truck trying to steal the hitch. When the victim confronted the suspect, the suspect had a wrench pipe and raised as if he was going to hit the victim.

The suspect got into a Silver GMC Acadia which was parked next to the victim’s Dodge pickup truck. When the suspect attempted to leave, the victim stood behind the suspect’s vehicle to prevent him from leaving. The suspect backed out and struck the victim several times and left at a high rate of speed. The suspect also almost ran over the victim’s wife when she was trying to take a picture of his license plate. 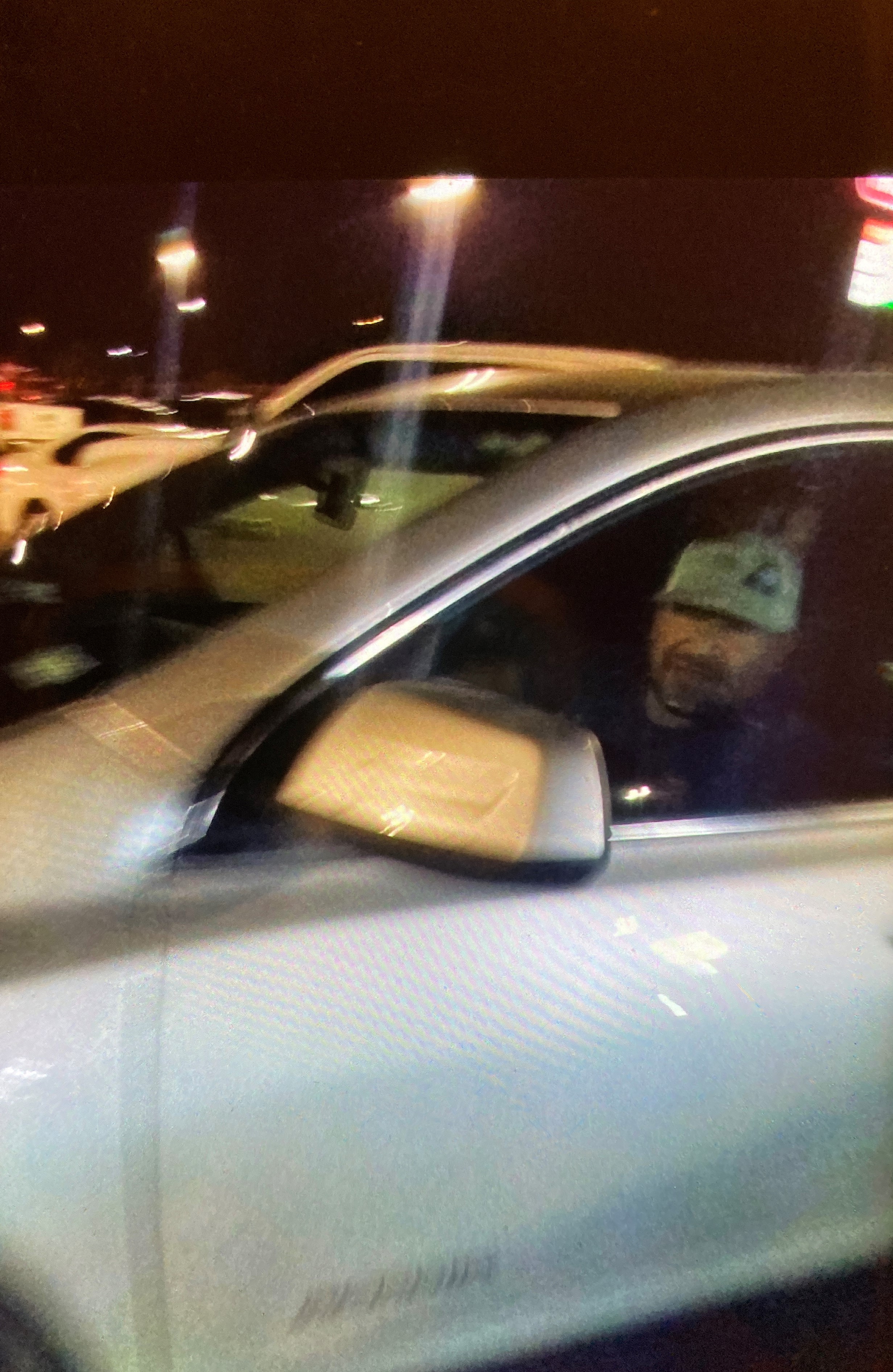 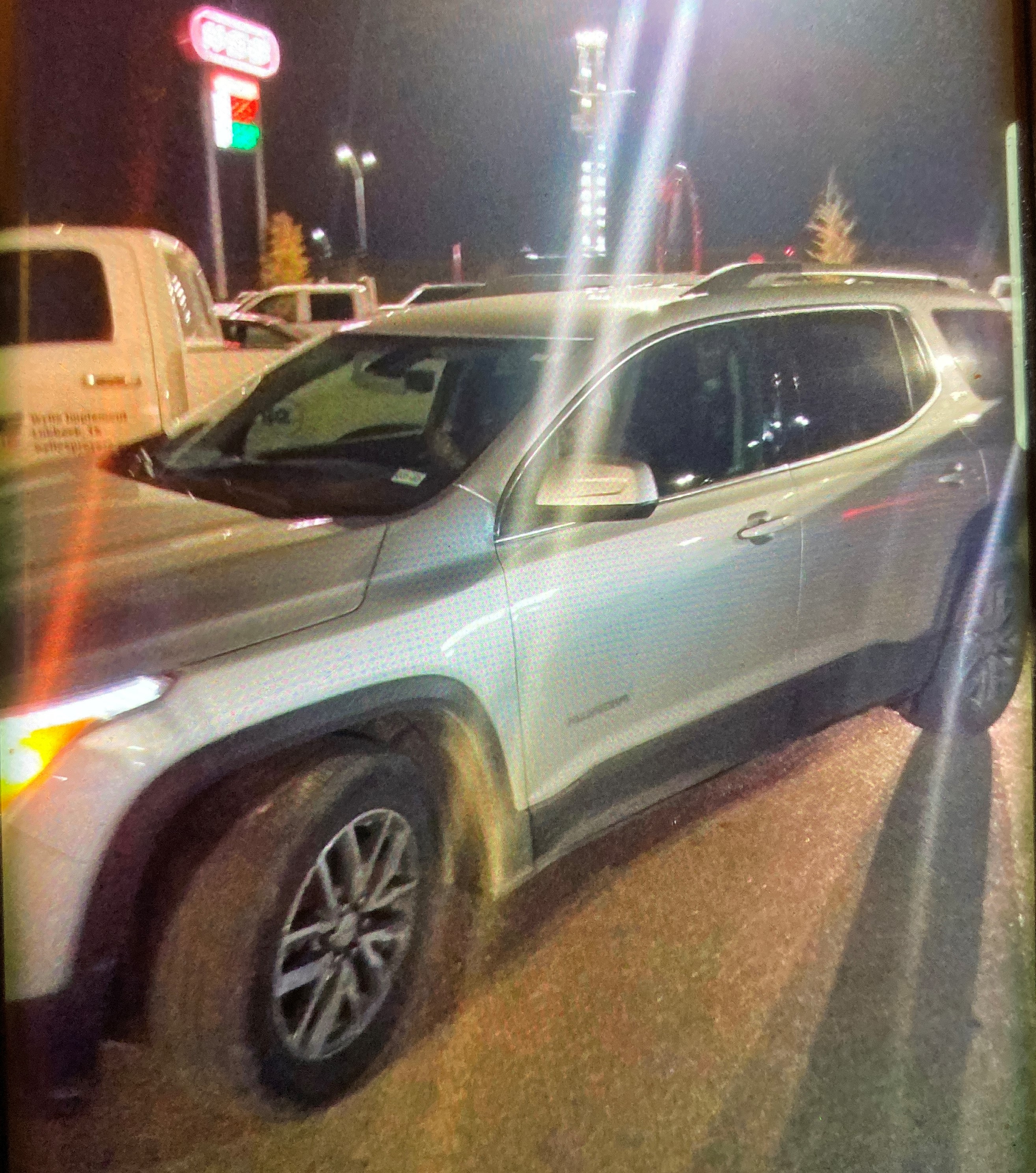 Sometime early Sunday, October 20, 2019, an unknown person drove onto the property located at the corner of County Rd. 1140 and County Rd. 120 in Midland County. This irresponsible and careless person caused extensive damage to the property and ran over the property owner’s beautiful horse who had been a family member for over 22 years. This criminal left behind the front bumper to a large light-colored newer model Ford truck after colliding and getting stuck in the property’s pond. This heartless person did not render aid to this beautiful horse who had extensive injuries and laid in pain for hours. The driver waited for someone to pull his Ford truck out while the horse laid there suffering. The damage caused is approximately $30,000 in property value, and countless amounts of heartache to this wonderful family.

Midland Crime Stoppers is offering $1,000 with an additional $3,000 reward from a private donor for information leading to the arrest of the suspect. If you have helpful information, please do the right thing and call 694-TIPS (8477). You will remain anonymous because no caller ID is ever used. 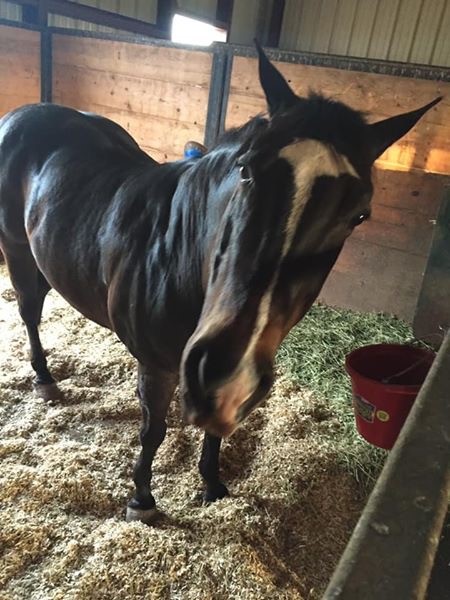 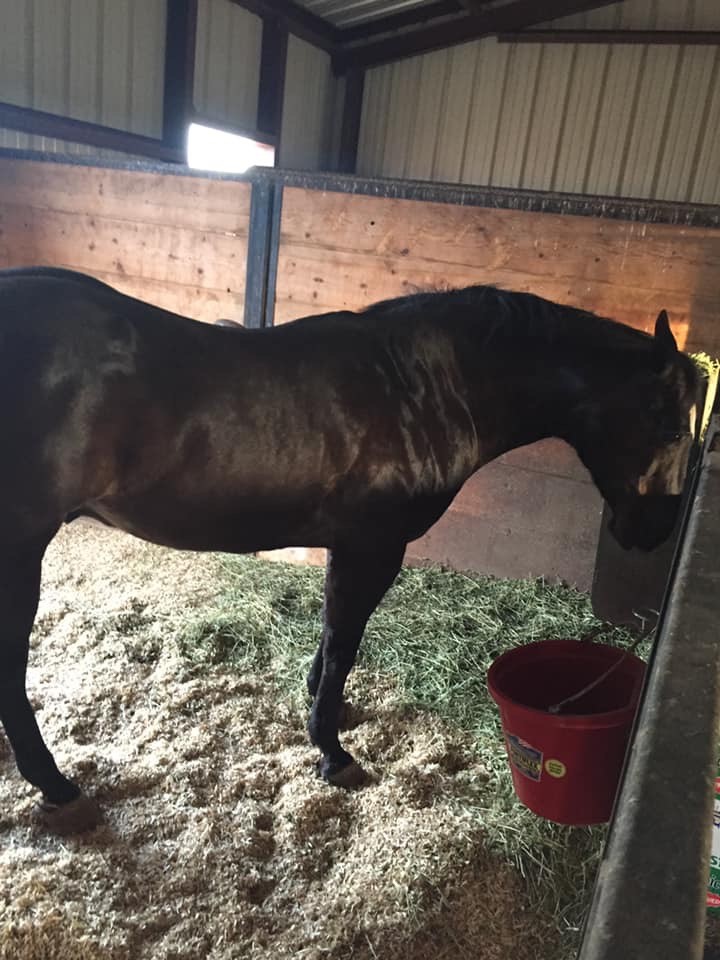 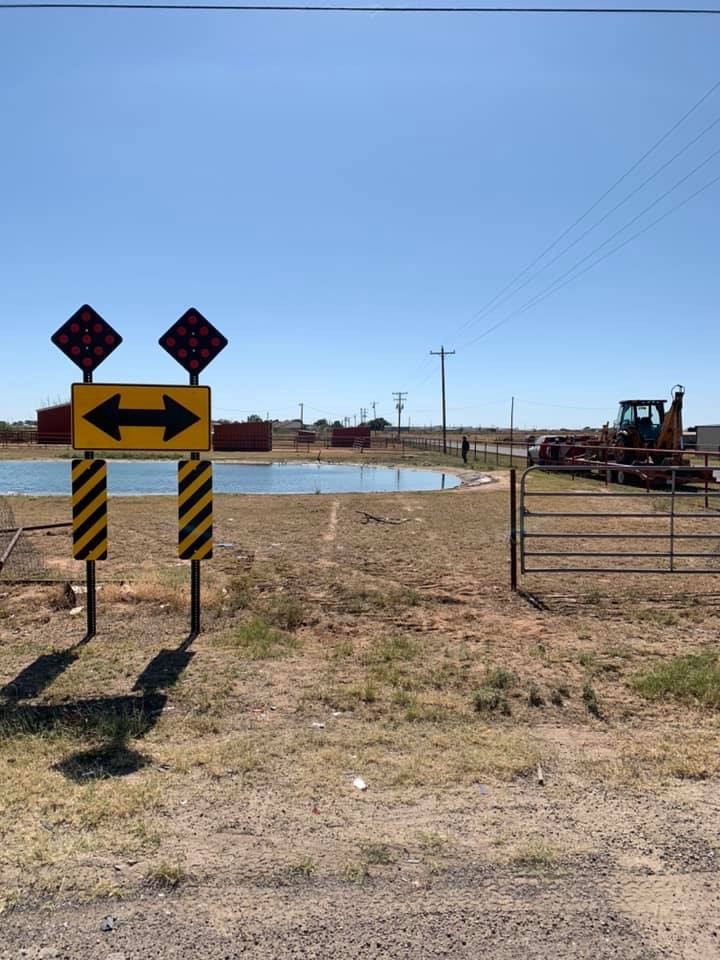 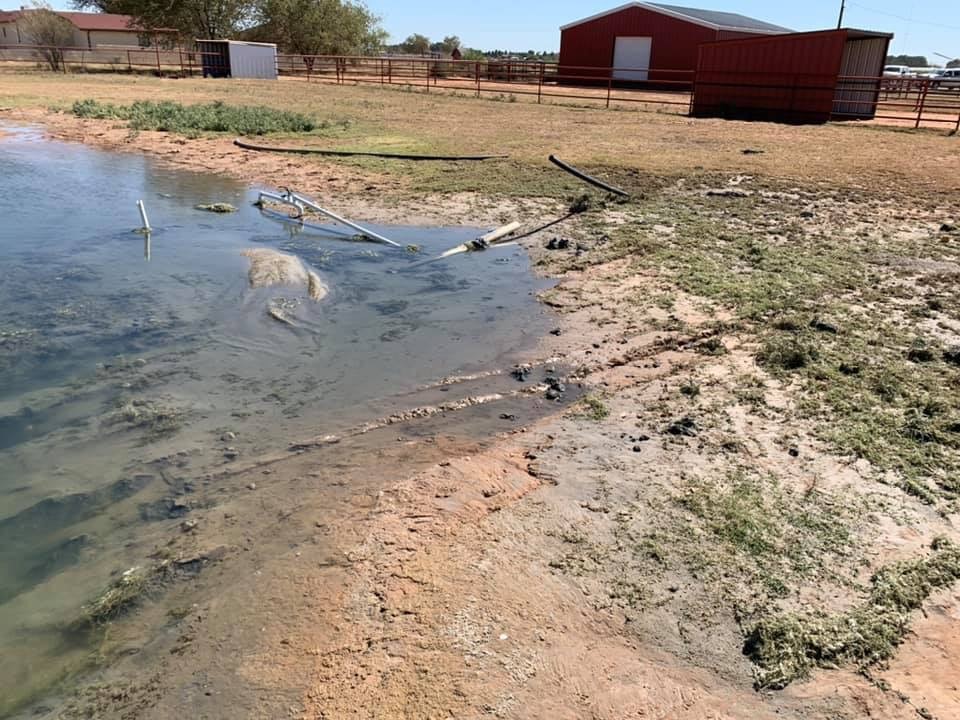 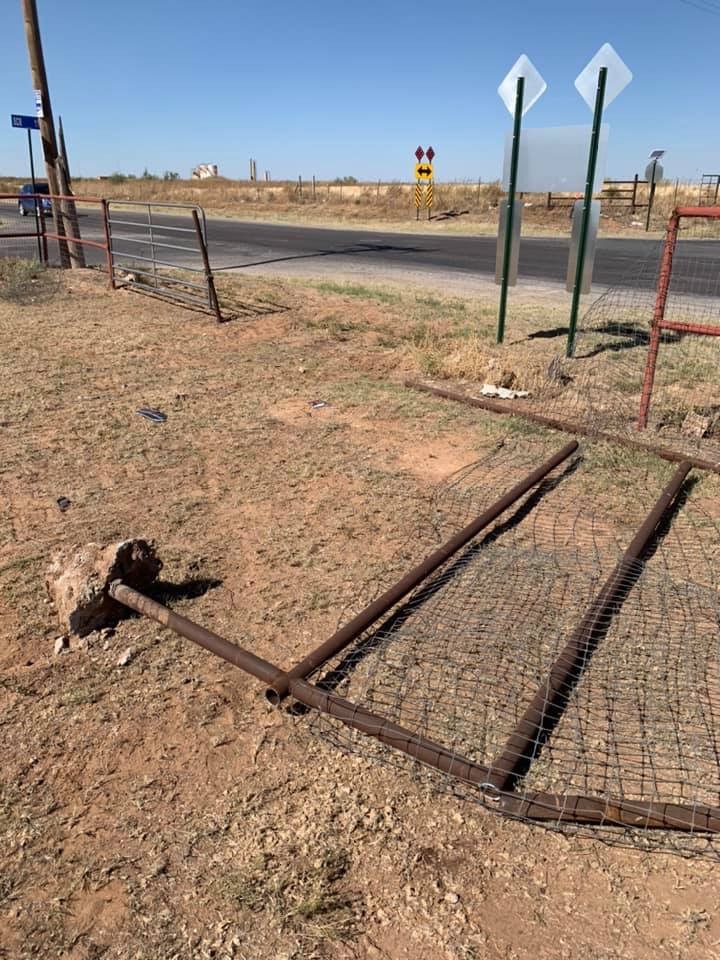 The Midland County Sheriff’s Office, Texas Rangers and Midland Crime Stoppers are asking for the public’s help in solving a 2009 cold case involving the homicide of Pamela McDonald. A reward of $2,500 is being offered for information that leads to the arrest of those responsible.

On April 5, 2009, Pamela McDonald of Midland was reported missing. She was last seen on April 2, 2009 at approximately 1:00 a.m. leaving her residence in her 2001 silver Lincoln Towncar.  Soon after disappearing, her vehicle was located at a rest area in Ward County.   In January 2012, her skeletal remains were located in Upton County not far from the Midland County line.  The case remains unsolved and is currently under active investigation.

We encourage anyone with information to contact the Midland County Sheriff’s Office or the Texas Rangers. To be eligible for the $2,500 cash reward please contact Midland Crime Stoppers at 432-694-TIPS, use the website at www.midlandcrimestoppers. Com or use the mobile app P3 TIPS.  You will remain anonymous because no caller ID is ever used. 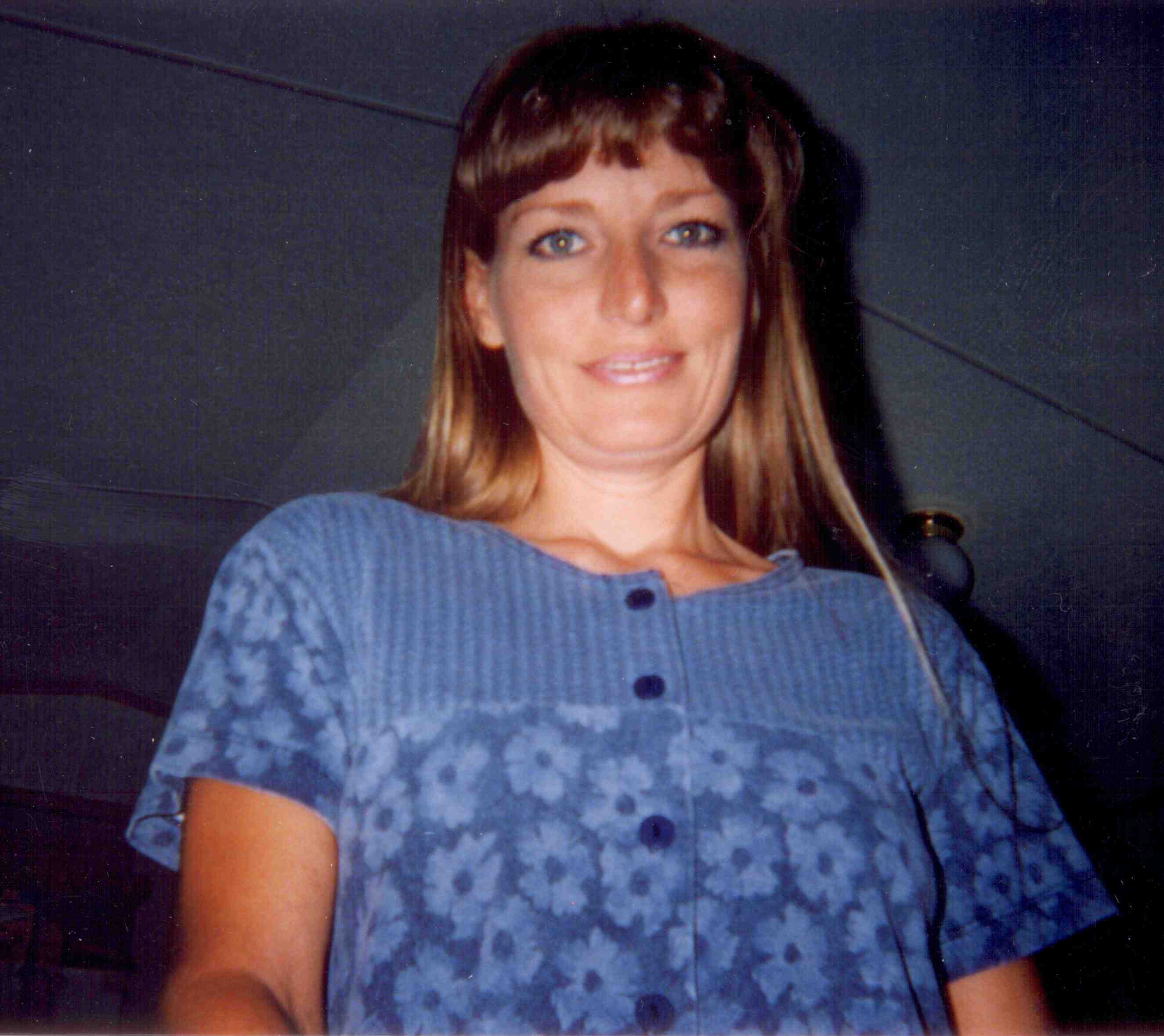 Midland Crime Stoppers and the Midland County Sheriff's Office needs your help with the following crime.

On October 10, 1987 at 1:18 a.m., officers responded to a business located in the 2200 block of Garden City Hwy in reference to a shooting. Upon arrival, officers found the victim, Jose Omar Cruz 21 years old, with gunshot wounds in the parking lot. The victim was transported to Midland Memorial Hospital where he later died from his wounds. A second victim identified the shooter as “El Cato” who was later identified as Catarino Ureste Luna aka: “El Cato”. Law enforcement authorities have yet to locate this suspect and bring him to justice and closure for the family.

If you are the first person to call with information that leads to the arrest of Catarino Ureste Luna, it could be worth a $2,500 CASH REWARD if it leads to an arrest or case solved. You will remain anonymous because no caller ID is ever used. 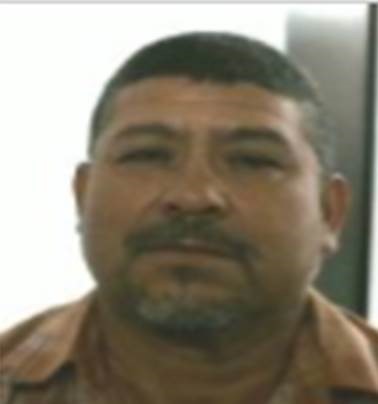 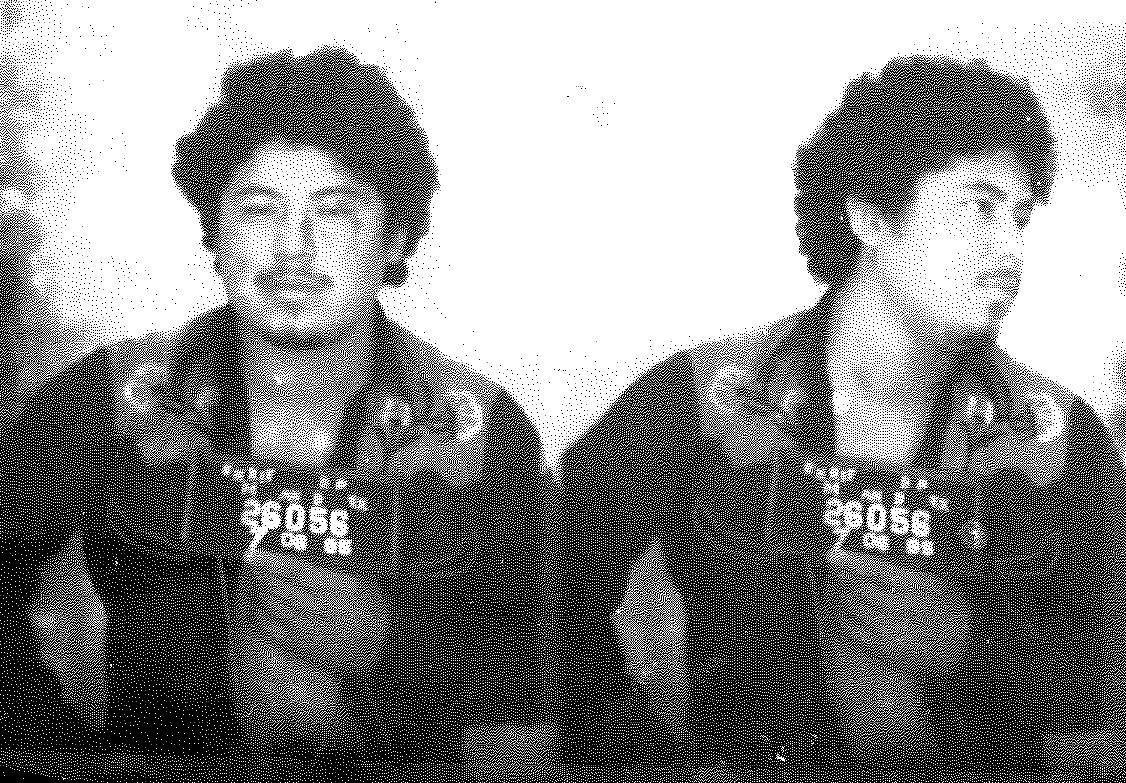 Kristy was at the club partying with friends. She was discovered missing around 11 PM. She had gone outside, for unknown reasons, and left her shoes and coat inside the club. The weather was cold and icy, and it was surmised that she either left the club unwillingly or went outside with intention of staying only for a short time. Her friend, Ron Ferrengburg (now deceased), had borrowed her car.

The vehicle, a 1977 white and maroon AMC Pacer, was found abandoned 1.6 miles south on State Highway 349 on February 4, 1980. The vehicle had been driven 268 miles since it had been repaired on the day of her to disappearance. There has been no new information on the case for several years.

The Midland Police Department refuses to close the case and requests that anyone who has information contact Crime Stoppers.   It could be worth a $2,500 CASH REWARD. caller ID is ever used and you will remain anonymous. 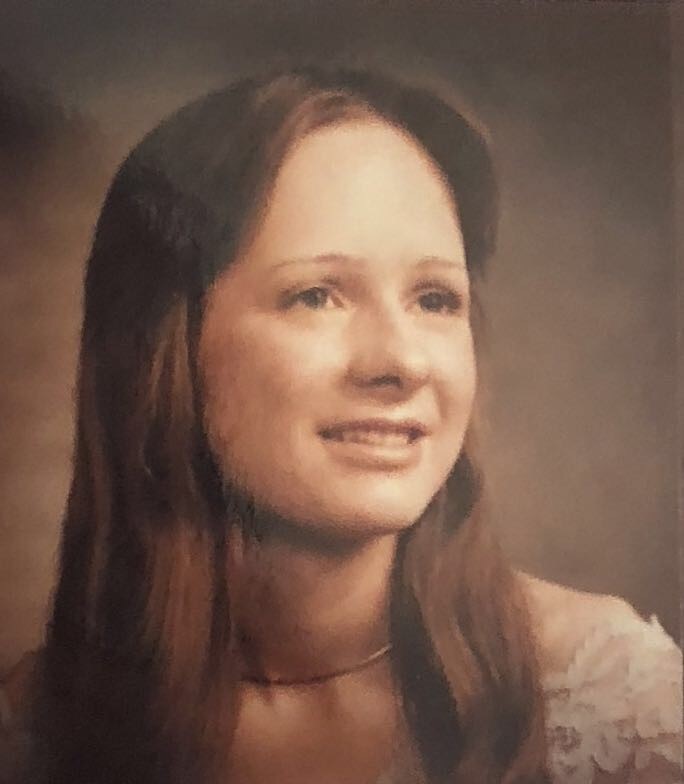